A staged reading of five short plays written and directed by Asian Americans.
Reading One: Five Short Plays
​
"Election" by Susan H. Pak, directed by Mia Park
​A brilliant, apolitical surgeon is determined to shake her Bernie-loving boyfriend out of his post-election funk. Unfortunately, he is mired knee-deep in Post Traumatic Trump Disorder. How far will she go to prove that there is life after the election?
"Mahjong" by Melissa Kong, directed by Wai Yim​
​​​Max’s grandmother has dementia and she’s gone missing. While reporting it to the police, issues of race, culture and Tex-Mex are raised.
"Fresh Out the Closet" by Gavin D. Pak, directed by Carol Ann Tan
Are mother and son oceans away, or just right across the dinner table? Instead of relishing the would-be comfort of Umma’s home cooked meal, Gabe maneuvers around broaching the uncomfortable secret he’s been keeping from his family for far too long. Exploring themes of identity and generational difference, “Fresh Out the Closet” is an intimate and perhaps familiar look at the family and people we choose to be at the Korean American dinner table.
"Skin" by Tanuja Jagernauth, directed by Jonald Jude Reyes
Butter’s mother is a professional knife thrower. Going home can be a dangerous affair, to say the least, so this time Butter comes to dinner prepared — in full body armor. Will Butter’s attempt at self-protection be effective? What will they have to do in order to no longer be their mother’s target kid?
"Of Milk and Mirrors" by Jessica Huang, directed by Brian Balcom
A play about love that puts the playwright’s real-life marriage on stage – and toys with truth by transforming the character of her husband into seven others (including writer Jorge Luis Borges and philosopher Alexius Meinong). OF MILK AND MIRRORS was originally commissioned by Atlantic Theater Company; Neil Pepe, Artistic Director; Jeffory Lawson, Managing Director
Playwrights
​
Cast 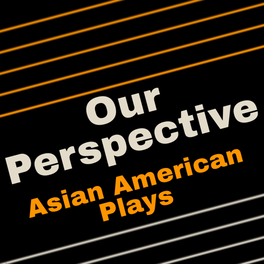